I recently read JL Cauvin’s post about why his album didn’t sell more and Connected Comedy’s thoughts on it too. (Full disclosure: I’ve performed with JL and was in his Tim & Aaron Video.)

I thought I’d share a recent example of internet content I gave away, that might help all of us comedians who aren’t world famous understand how internet free works / how to monetize it better.

Reddit is a popular internet website with lots of subsections. I recently posted the below image on /r/standupshots which is dedicated to short stand up jokes with your photo. 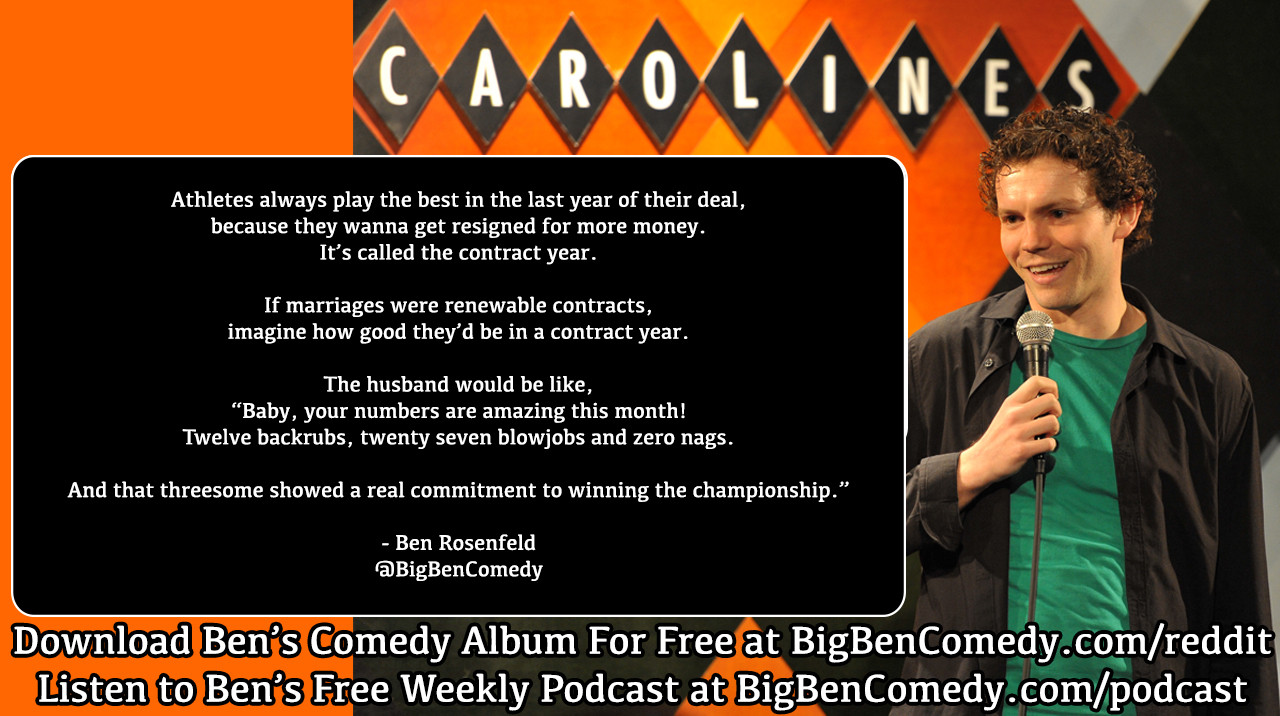 Let me state clearly, I’m not complaining. I’ve had a some cool things happen from posting on Reddit. A few of my jokes have been picked up for “Best Jokes” websites were I’ve been listed alongside very famous comedians. I’ve gotten more followers. A couple of user comments have been incorporated into my jokes. My album got put on a streaming internet station. And I’ve even gotten recognized around NYC a few times from it.

But if we focus on JL’s discussion of economics, it seems most of free internet content will lead to actual money way less than 1% of the time. It seems it’ll be somewhere around .01% and .05%. (JL’s 100 album downloads out of 300k YouTube views is a .03% conversion. Similar to my numbers above.)  So for those whose eyes are already rolling because of all the math in this post, as a rough estimate, for every 10,000 internet views a free piece of content gets, 1 person will pay money for additional content.