I’m thrilled to announce that I’ll be headlining at Caroline’s on Broadway (for the second time!) on September 24th.

It’s gonna be an amazing show with some great comedians opening for me. Oh and it’s also my birthday!

You can get $5 tickets if you click here, then click on “Buy Tickets” then use the code “BDAY” I have a ton of newer material that I’ll be doing that didn’t exist if you came out last year when I headlined. There will also be an after party with drinking and if you stay late enough, karaoke.

I hope to see you there. 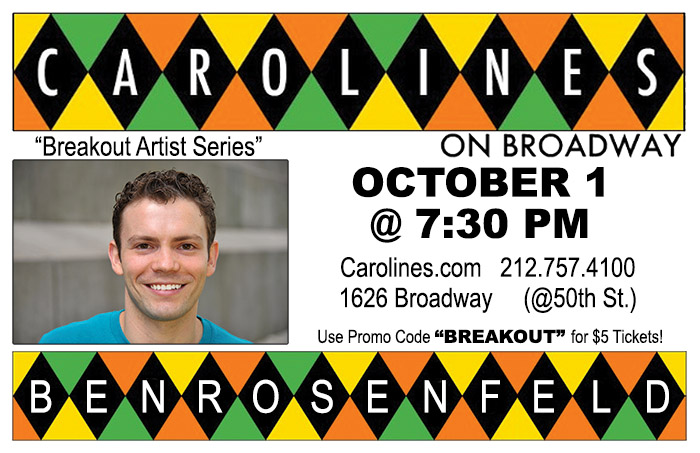